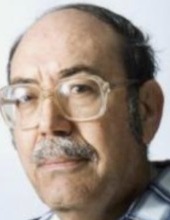 Soil to be solarized must be well prepared by tilling and should be crumbled to a depth of at least 30 to 40 cm. This is achieved by deep cultivation followed by harrowing and light rolling.

Solarization is effective only if done in wet soil. The field must therefore be irrigated until a depth of 50 to 60 cm is at field capacity before mulching. An additional rolling prior to mulching is advisable.

The regular PE sheets used in agriculture are formulated according to various criteria, e.g., long lifetime, wind resistance, transparency within a given range of wavelengths and impermeability to others, heat resistance, and antifogging. All this is achieved by the addition of various additives to the PE and increases film cost. Soil solarization under optimal temperature conditions can be done with regular PE containing additives needed to ensure its persistence in the field for 2 months. The grower, having chosen to apply one of the methods (strip or continuous area cover), must now decide on a manual or mechanical application system. The decisive criteria are primarily economical. The investment in machinery is relatively small, as is that in the extra plastic film used in the continuous mulching procedure. In our experience, about 10 to20 man-days are required to cover manually 1 ha with a continuous sheet, with the assistance of a mechanical trencher. A mechanized application system (as is available today) will reduce the labor requirement to 3 man-days/ha. Manual strip mulching is not practical, as it is more labor consuming than the manual continuous cover. However, mechanized strip application reduces the labor requirement to 0.5 man-day/ha, thanks to the increased laying speed capabilities. It should be emphasized that all the factors which determine the covering film width (2.5-4m for a single film strip) are equally true for manual as for mechanical mulching.

It should be noted that manual mulching allows solarization with used plastic.

Relatively small plots can be covered manually. The edges of the sheet should be firmly embedded in the soil, preferably in shallow trenches, while ensuring film tautness. Care must be taken in stretching a thin film to prevent damage which can be caused by fingers. A continuous plastic covering for relatively small plots can be achieved manually by anchoring the edge of two adjacent sheets together in one furrow. A semi-mechanical system can also be applied. The plastic film unrolling and trench openings for anchoring are done in the first pass. Soil anchoring is done mechanically in the next pass, after manually placing the film in the furrow.

Another manual method was reported in California. The films are laid manually and anchored by narrow sand windrows; This method does not require the digging of trenches. It may, however, leave large quantities of unsolarized soil (which is needed to hold the sheet). The anchoring sand windrows must be sufficiently heavy to withstand the previously described lifting forces. Studies by Greenberger and Katan showed that the heat-sensitive organism Verticillium dahlia is controlled even in the heated soil windrows themselves, when the latter are not larger than 15 cm high and 20 cm wide. A machine designed for surface anchoring has been described by Ashworth et al. A screw-type conveyer lifts the soil from the front of the tractor and transfers it to the rear end, where it is discharged onto the film after laying it.

Most machines used for strip mulching operate on similar principles. Two trenches, one at either side of the strip, are opened by two discs (or flippers). The plastic film is unrolled behind the machine, and its edges are deposited into the trenches by two guiding wheels, which are also used to stretch the film outward. Covering discs, or flippers, return the soil to the trench, anchoring the sheet in it.

A whole field mulching requires a continuous mulching machine which is designed to unroll narrow film strips, each of which is anchored to the soil at one side and the other side connected to another plastic sheet laid on the previous pass. While traveling, a new sheet is unrolled. One edge of the newly unrolled sheet is embedded in the soil, while its other edge is glued or fused to the previously laid one.

The formula of the PE-additives mixture was found to be of the utmost importance in determining the strength of the glued or fused seam. While pure PE is easily fused, it was found that some additives (e.g. some UV-absorbents) interfere with the fusing process. This holds true also for gluing, which is highly dependent on the surface-tension, as well as on the chemical properties of both the film and the glue.

The fusing of plastic films is, basically, a destructive process. A hot air stream, if not adequately adjusted, can easily destroy the heat-sensitive film. This is the main reason for the many efforts made to find a suitable glue with the required sticking permanency for solarization. Such a glue, HC4510 T11-SJC, suitable for binding together most of the PE sheets, of different mixture formulas, was used in California and Israel. Some other were also tested and used in France. The glue has to be adjusted for the long exposure to ultraviolet (UV) irradiation. This is achieved by the addition of UV inhibitors to the glue formula by the manufacturer.

The continuous mulch achieved by either the fusing or the gluing methods described above does not permit its further use for mulching the beds for the growing plants throughout the growing season. If the plastic, which is anchored to the ground along one edge only, is tom down along the growing bed (e.g., by the tractor wheel), the whole sheet is useless. A special model of the mulching system, which enables the use of the mulch for the growing season, was designed and tested. The continuous mulching is achieved in two steps: the first is by conventional strip mulching and the second is made with a modified fusing machine. A narrow PE film is unrolled to mulch the bare soil that was left between the covered beds. Both sides of this film are fused to the mulch of the adjacent bed.

With this system, the beds remain covered even if the film is tom by the tractor wheel during the growing season. The narrow PE strip can also be glued (rather than welded) if a suitable glue is available.

Trees, as well as greenhouse supports, create discontinuities in the field so that application of continuous mulch can be done only manually. The procedure is to cut the sheet to surround the tree trunks or the poles. The film is held in place, where overlapped, with soil windrows that are applied manually. The semi-mechanical system previously described for manual mulching can also be applied. In this case, the unrolling of the plastic film between the tree rows (or supports) and the opening of the trench for anchoring is done in the first pass. The laid film is then pulled manually to the other side of the row while cutting the film for each tree (or support). The soil anchoring is done mechanically in the following pass.

An improved technique, without cutting the film, is also used. A trench is opened along the line of obstructions. One plastic sheet is unrolled to one side of the trees (or greenhouse supports) and a second sheet is placed from the opposite side, around the obstructions. One edge of each sheet is buried and the upper sheet is then opened.